Welcome to 1987 Where a Top Gun Sequel is Relevant 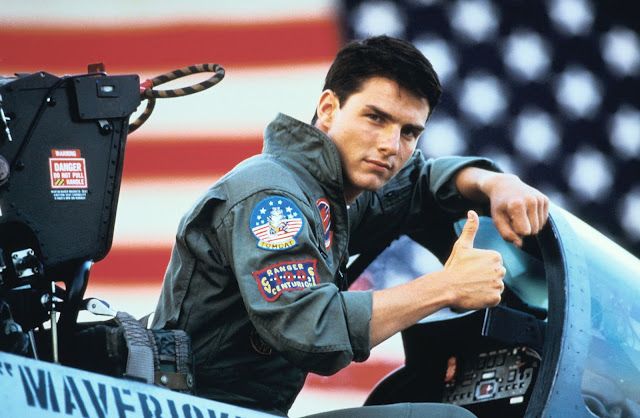 Tom Cruise has proven in his accelerated, but still good-looking, age that he is up for anything. Anything meaning climbing the tallest building in Dubai, holding onto a plane in middair, and even starring in a sequel to a movie that wasn’t that great to begin with from almost 30 years ago.

Producer David Ellison spoke to Collider recently about the status of the long-threatened Top Gun sequel which will now feature MOAR TOM CRUISE saying, “[t]here is an amazing role for Maverick in the movie and there is no Top Gun without Maverick, and it is going to be Maverick playing Maverick.”

I guess this means no more Taylor Lautner taking over the reigns from Senor Cruise as was previously rumored but also no cameo from Anthony Edwards who probably could use the work.

The film is supposed to focus on the plight of fighter pilots in the face of the now trendy drone pilots and probably some dog-fighting between Maverick and some “hot-shot” behind a arcade stick. And it will be in IMAX and 3D because why not? Haven’t we lost enough already?
Posted by Puck at 12:00 PM No comments:

When All Else Falls, Make Another Terminator TV Show 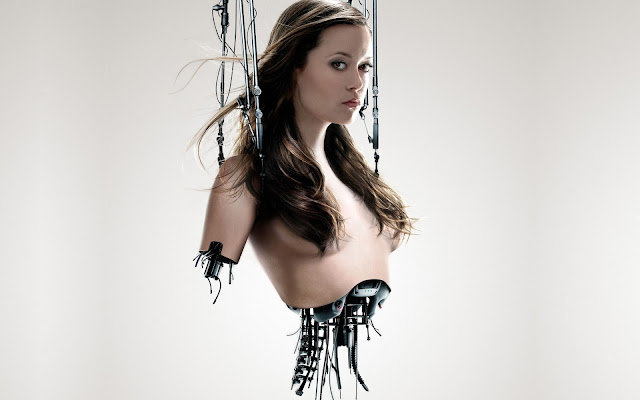 With this week’s Terminator Genisys coming out to a host of potential and a good early word of mouth, of course the conversation has turned into making more money. And of course, Terminator is in talks to have a TV show spin-off.

But wait? Wasn’t there a Terminator series already? One that was critically lauded and beloved by fans cut short by a writer’s strike and ended its short run with a cliffhanger? By god, you’re right! That was Terminator: The Sarah Conner Chronicles!

According to Skydance CEO David Ellison, a new TV series is in the development stages and of course will tie into the larger Terminator franchise as is the norm for just about every damn property these days.


Of course, expanding popular titles into other media is no new development for Hollywood and just because one TV series didn’t make it (although it totally should have been more successful than it was) doesn’t mean another can’t be. Ellison wishes to produce the show as a basic-cable shorter episode season that has yielded far better quality than the typical 22 episode season.

While I can’t argue the logistics of Hollywood and while I think a Terminator series can be a financial success, this news irritates me, mainly because TSCC is still cancelled.

Better luck next time, I suppose!
Posted by Puck at 3:00 PM No comments: 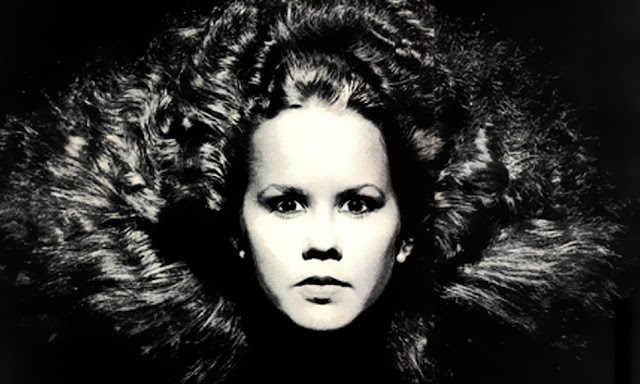 As Randy so eloquently put it in Scream 2, sequels by their very definition are inferior works. Often times they are derivative and lack any imagination that made their predecessors so powerful. But most sequels aren’t bad per se, just worthless. These sequels though are bad enough to almost make you angry at the series for spawning such dreck.

A crude talking anthropomorphic teddy bear and a war hero dog. Which should I take the kids to see?


Seth MacFarlane certainly didn’t win any friends after his last film, A Million Ways to Die in the West or his Oscar-hosting gig or the legions of folks who think he’s a talentless hack riding on the animated coattrails of The Simpsons. But I liked the first Ted and I can tolerate Family Guy even if it’s whatever the opposite of appointment TV.

MacFarlane’s problem is MacFarlane. His juvenile schtick wasn’t too robust to begin with and that seems to be all he has going for him. Sure, people still like him. I still tolerate him. He’ll be fine with the 13 hour animated block he has on FOX every week. But I’d be surprised to see Ted 2 do as well as the original did. Tides are shifting, man.

With the trailer proclaiming Max is from the director of Remember the Titans (uplifting!) and a producer of Marley & Me (gut-punching), I think it’s pretty safe to assume what you are in for here.

This seems to be marketed primarily as a kid’s movie based on the thousands of commercials I’ve seen on Disney Channel which makes sense as it centers on a young boy dealing with the loss of his brother and bonding with Max while outrunning 4x4s in the woods. I’m not quite sure how the 4x4s factor into things but at the very least, it’s nice to see Thomas Hayden Church and Lauren Graham getting some work. Even if it is in a sappy-looking tear-jeaker. 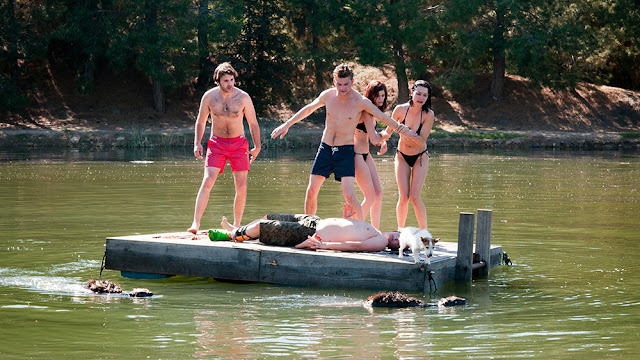 Zombeavers has no business being as good as it is.

Co-screenwriter/director Jordan Rubin is clearly well versed in the tropes of the horror films of yore. We have our batch of easily disposable victims, simple and close-minded locals that no one pays attention to, and gloriously cheesy practical effects when the ZOMBEAVERS come knocking (and chewing) at the door. I was reminded of Adam Green’s Hatchet while watching this as it is an attempt to recreate the horror films of our youth with a completely straight face and a genuine love of all those beloved cliches.

With tempered expectations, there is really nothing to complain about for this film. There are plucky comic relief characters and bits, gratuitous nudity, enough gore, and surprisingly, not a single character that makes you want to jump out of a damn window. All the actors, including the wonderfully bitchy Cortney Palm, are fair game in the performances in what otherwise could have been a laughably bad farce full of satire or constant winks at the audience.

Instead, Rubin plays everything straight as an arrow, even when it comes to the more incredulous moments like the transformation of former humans (and even bears) into ZOMBEAVERS. The runtime is a little short so the events tend to unfold fairly quickly with the ZOMBEAVER attacks beginning little more than 20 minutes into the film but this more than not works in the films favor. There is still enough time to learn the characters and their situations (as much as we’re really supposed to) before reanimated aquatic rodents are severed in half via blunt force trauma and genitals are being bitten off.

In short, if you are expecting great art from a film called ZOMBEAVERS, you are way off and should probably realign your expectations with reality. But for those with a love of old school horror, this slasher/creature feature will please you greatly. But considering the tagline is ‘YOU’LL BE DAMNED!’ how can you not like it?

PS: How in the world could I ever forget the awesome Richard Cheese-ish ZOMBEAVER theme song? 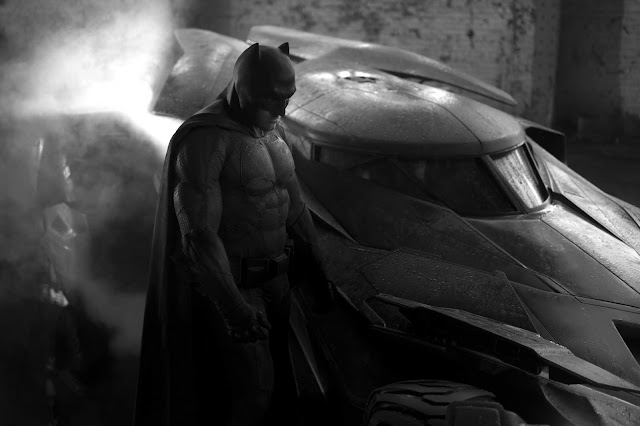 While I don’t hold out much hope for Batman V. Superman, Ben Affleck is not a point of my consternation.

Given his resurgence as a powerful actor/director combo, I trust Affleck will be the least troubling part of DC Comic’s epic superhero movie of 2016. It’s just the shaky director, the overstuffed cast, and the gimmicky premise that has me questioning my future earnings on a box office ticket.

But a solo Batman flick, simply titled The Batman, not only starring Affleck but also directed by him too? Count me in.

At this point it is merely a rumor posited by Latino Review that Affleck will be in the director’s chair but I’d argue that’s a fine choice for whatever direction DC decides to take Batman.

Affleck has already proved his worth in his previous directorial efforts of Gone Baby Gone, The Town, and Argo (factually notwithstanding) and I’m anxious to see what his take on the iconic character will look like when not shoehorned in with every other damn DC Comics character that seems to be in next year’s questionable entry.

I am still not entirely sold on a post-Nolan Batman universe but Affleck in both capacities would at least get me interested.

Please let this be true.
Posted by Puck at 2:00 PM No comments:

The Good: Reboots are all the rage these days in Hollywood, especially since that means they can make a buck from movie-goers dying to see their favorite franchise in better places than ... say Terminator Salvation. Genisys (stupid spelling aside) seems to sort-of buck that trend with a page ripped out of Back to the Future 2: revisiting familiar faces and places but with a different twist. Given the complexity of the time-travel machinations, this doesn’t seem to be a bad choice.

Also, the Mother of Dragons as Sarah Conner looks pretty good too.

The Bad: This is the fifth movie in this franchise. James Cameron pulled off a miracle in Terminator 2 with larger stakes, bigger action pieces, and a story that mattered. Most sequels these days apply that template but forget to fill in the rest of the details. It is possible this is one such tale that leaves the paint-by-numbers pieces blank.

The Prognostication: Decent reception if only because Arnold and his shlocky lines have been around for so long and audiences are likely desperate for a decent Terminator film in this century.
Posted by Puck at 12:00 PM No comments:

Who Returns in 'Halloween Returns'? 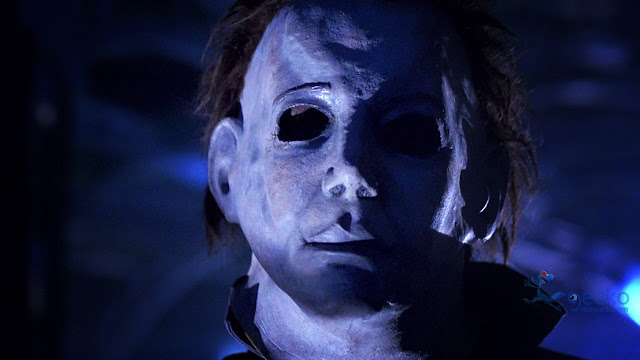 After a few false starts and broken dreams, Dimension Films is again readying to unleash Michael Myers on film-going audiences.

Bloody Disgusting reports that plans have been unveiled for Halloween Returns*, the eleventh installment to the franchise whose on- and off-screen butching has been around since 1978. Returns (not to be confused with Halloween 4: The Return of Michael Myers) will be written by Feast and Saw scribes Patrick Melton and Marcus Dunston with Dunston set to direct.

From the cast reports, this installment seems to return the series back to its original continuity from the first two films rather than continuing Rob Zombie’s insanity of a series. So, yay for that!?

Melton and Dunston have a spotty resume (mostly because I absolutely hated Saw 5 and I hear those Feast sequels were no good either) but I hold out hope for this one. Until I hear of the inevitable stunt casting of Katy Perry and Drake and collectively lose my shit. Until then, I’m cautiously optimistic.

*This is a dumb title. Whoever thought of this should feel bad and have their movie-making privileges revoked.
Posted by Puck at 12:00 PM No comments: