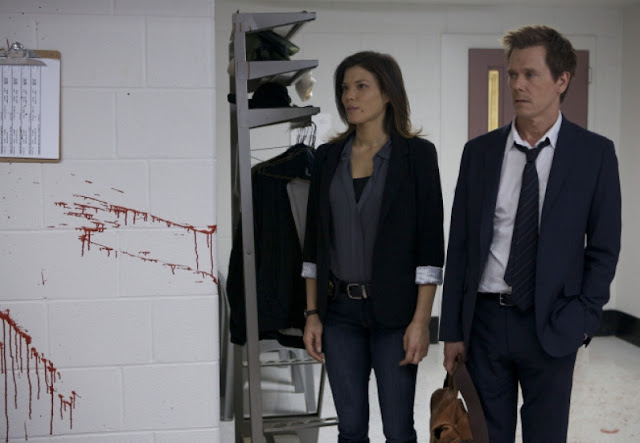 At recent press events, Fox and series creator Kevin Williamson came under fire for the depraved and violent imagery in the new series The Following. While I do not subscribe to the notion of “violent entertainment = violent real actions,” it seems odd that this show would get singled out while other network serial killer/law enforcement drama Criminal Minds is in its eighth season. Perhaps the attention was due to the starring role of Kevin Bacon or the fact that I don’t watch broadcast TV and I still swear I saw about 63 promos for this. It’s like they piped it into my dreams, man. 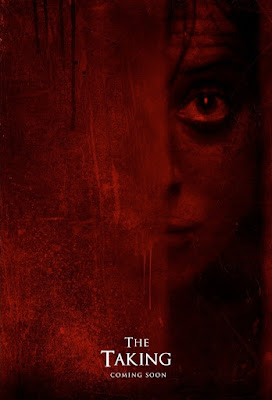 The Taking, the first feature length film by The BAPrtists (Lydelle Jackson and Cezil Reed) is a bold and well crafted horror film. Upon viewing, the time, emotion and care employed to create this film exudes from the screen and forms an impressive entry in to the cinematic universe.

We meet Carl (John Halas) and Jade (Alana Jackler). Carl's fiancé, Carolina (Linda Rodriguez) has cheated on him with his best friend. Jade's daughter was murdered by a man (Frank Bliss) and was never caught. They have both somehow found themselves tied to trees in the woods. They suffer from bizarre and horrifying visions and are tormented by a family that perform various rituals. Each vision seems to possess them, and leave them bloodier and weaker. They are frequently confronted by the very cause of the rage that may have brought them to the woods; Carolina and the man that killed Jade's daughter. Carl comes to the realization that this is a place to face one's demons; or suffer a horrific fate.