Damn This 'Halloween' Trailer for Getting My Hopes Up 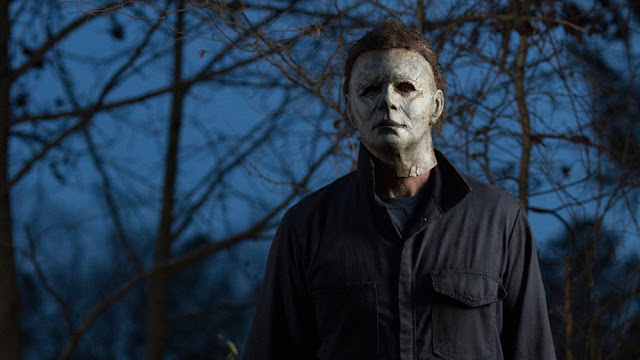 The Shape is back! And he’s slashed all concepts of canon and connectivity to shreds!

Depending on who you ask, it’s either been eleven years since the last “good” Halloween film or much longer. However, the new David Gordon Green-directed Halloween sequel-reboot-thing may just be the film die-hard fans have been waiting an indeterminate amount of years for.

Taking the seemingly standard route for this franchise, 2018's Halloween (I wish there was something else to differentiate it from the other two films titled simply Halloween) will discard all other movies, including it’s own direct sequel of the same night. As the Laurie Strode’s granddaughter helpfully adds in the trailer, this means that Michael Myers is not Laurie’s brother. “That’s something that people made up.”

Taking what looks to be a smattering of all the good ideas from the past nine films, Green and co-writer Danny McBride essentially reset the series from one raging lunatic going after his sister/aunt/uncle/nephews(?) on Halloween to just a raging lunatic going after random people on Halloween. After seeing the depths those relationships have been mined in the previous sequels, I can’t argue with this choice.

Jamie Lee Curtis is back as Laurie, not Michael’s sister remember, who has spent some amount of the past forty years fortifying her compound and becoming handy with firearms. When Michael inevitably escapes, she is ready for him and on the hunt, which hopefully will last longer than the best ten minutes of Halloween: H20.

This project seems out of Green and McBride’s normal wheelhouse but with co-creator John Carpenter on board as executive producer and providing the score as well, there are more reasons to cheer this installment than fret like the previous ones. Halloween may or may not be my favorite of the big horror series (although the original film is one of my all-time favorites) so I’ve become used to looking forward to a new installment only to be let down ... since 1995!

I hope (and believe) this year will be the end of that disappointment.

Halloween comes early this year, opening on October 19.
Posted by Puck at 12:00 AM